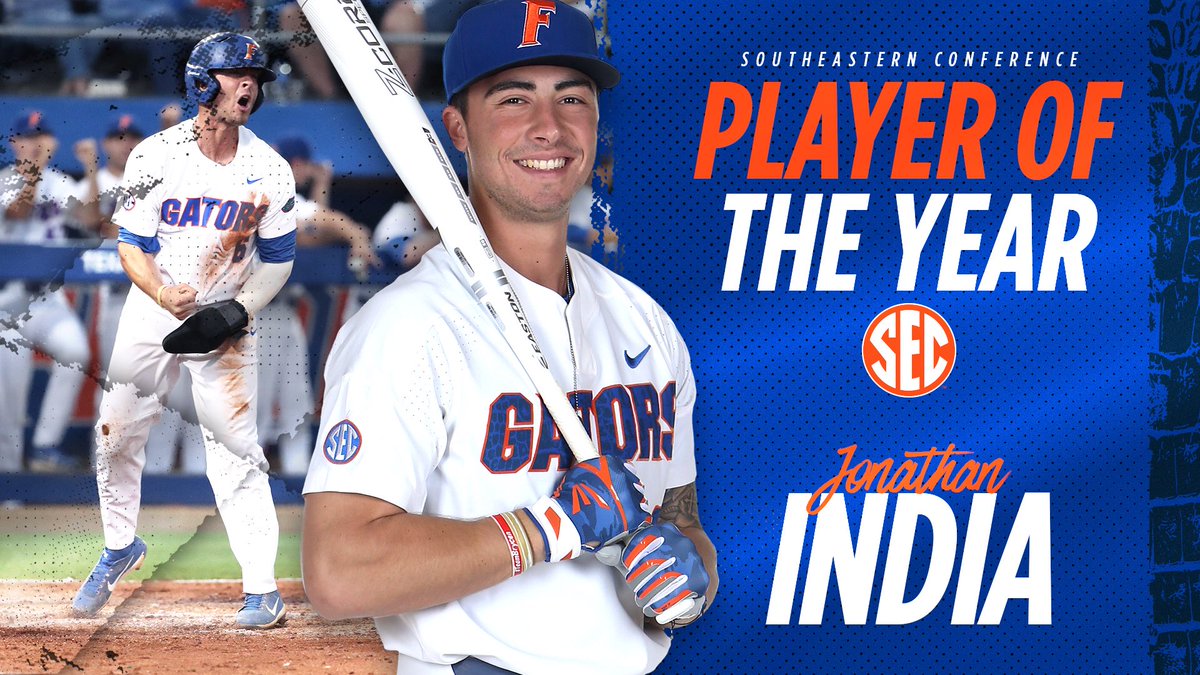 GAINESVILLE, Fla.—University of Florida junior third baseman Jonathan India was selected No. 5 overall in the 2018 Major League Baseball Draft by the Cincinnati Reds.

India was named the SEC Player of the Year while also earning First Team All-SEC honors. The Golden Spikes and Dick Howser Award semifinalist is hitting at a .364 clip with a team-high 18 home runs and 12 stolen bases in 2018.

India was taken in the 26th round of the 2015 Major League Baseball Draft by the Milwaukee Brewers with the 781st overall pick.

Full Article can be found: